Making something funny out of the opinions of the average person is not something that comes easily. You need a combination of an awesome premise, tenacity, and talent in shooting, interviewing, and editing.

After producing more than 175 “man on the street”-style videos, here’s what we’ve learned from our own production and also what you can learn from the late night talk shows. 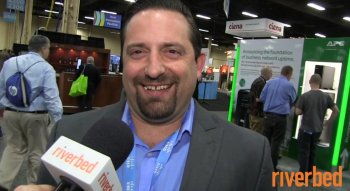 Most “man on the street” videos are really short. Usually they’re less than three minutes. We try to keep ours around two minutes. That’s not a hard and fast rule. Letterman and Conan have both pulled off pieces as long as nine minutes. Does that mean you can do that? Only if you have a really strong talent to pull it off, and you have an audience that’s already predisposed to watching you be funny for that long a time.

2: You have to get a lot of footage 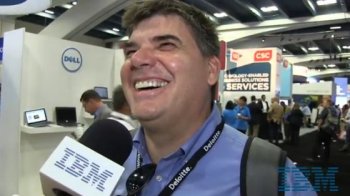 Just because you’re going to create a one or two minute piece with 6 or 7 interviews, doesn’t mean you should only shoot  6 or 7 interviews. You’ll want to get triple to quadruple of what you need. Not having enough video clips is like not having enough words to write an article. If the words/clips aren’t there, you won’t be able to finish it or you’ll create crap. Always shoot way more than you think you’ll need. When I shoot a “man on the street” video, I’ll shoot between 40-60 interviews to produce a two-minute piece.

3: You must have a strong premise 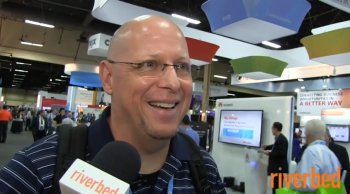 Don’t go out with a camera and an interviewer with no premise and just the hopes of “making something funny.” You may believe that Letterman, Conan, and other incredibly talented comedians and improvisers can go out with microphone in hand and make practically anything funny. And sometimes they can, but in most cases they prepare a strong premise. Don’t wing it. It will definitely fail. Start with a really good premise for your “man on the street” shoot. Read on for different methods to come up with that strong premise. 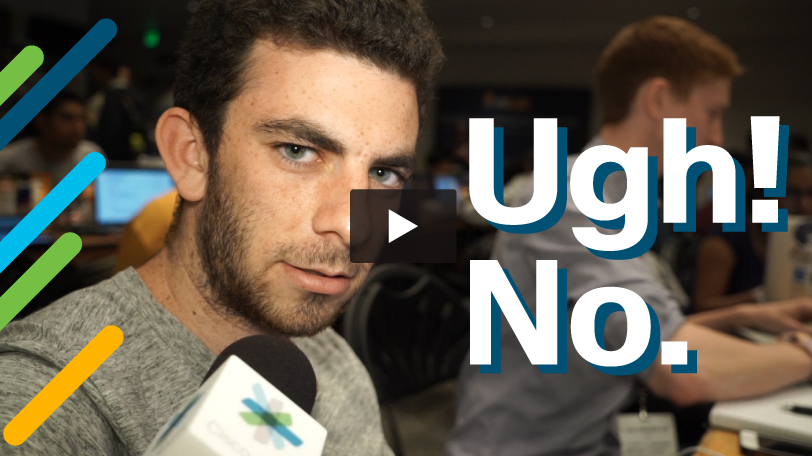 What was your most disastrous group project?

4: Ask the most inappropriate question

One technique we’ve had a lot of success with is to ask the one question that’s really inappropriate for the audience. For example, at the RSA Conference, a conference about information security, I’ve asked attendees, “What’s your password?”.

At Dreamforce, a Salesforce conference about improving customer relations, I’ve asked attendees, “When is the best time to start swearing at your customers?”

And at a conference about innovation I asked inventors, “What’s so awesome about failure?”

5: Let the interviewee reflect on a personal story/opinion/advice

Ask a question that lets the person reflect on a personal story or offer an opinion. For example, we’ve asked questions such as:

6: Challenge the interviewee with a question only they could answer

This is where we ask them to imagine themselves in a certain situation, and how they would handle it. While everyone can answer the question, each person will answer from a very specific viewpoint. In this style of questioning, we’re asking each person to think about how they would handle a fictional situation and with people they personally know (e.g., “your mom,” “your spouse,” “your kids”). Examples of this include:

7: The question in itself should elicit a laugh

The best questions are the ones that are silly enough that the mere asking of them will elicit a laugh. Watch the first few seconds of these videos and you’ll see we get the ball rolling with a few laughs on just the question itself.

8: Shoot when your audience is loose

The best time to conduct a “man on the street” interview is when the audience is in a good mood, loosened up, and ideally has had a few drinks in them. In general, parties, mixers, and trade show floors at the end of the day when they’re serving drinks are ideal times to shoot a “man on the street” video. Here are two videos that were shot in a nightclub.

Alternatively, another good time to get your audience is when they’re tired and bored. For example, when we do the “What’s your password” video at RSA we wait until the last day of the trade show floor when the audience is really beaten up from sheer exhaustion. With their defenses are down we shock them by asking them for their password. Here’s the second “What’s your password” video.

9: Make sense of scattered “man on the street” responses

After a day’s shoot you’re going to get a lot of disjointed responses. That’s because each person you interviewed didn’t know what the other person said. And that’s exactly what you want. It’s your job as producer and editor to look through those clips and try to make a story out of these seemingly disjointed clips that are funny. It can be how many people didn’t answer the question, or it can be the fact that everyone answered the question exactly the same way as we discovered at RSA when we asked, What’s the most over-hyped issue in security? (Hint: it’s white and fluffy)

10: Be ready to adapt in the moment 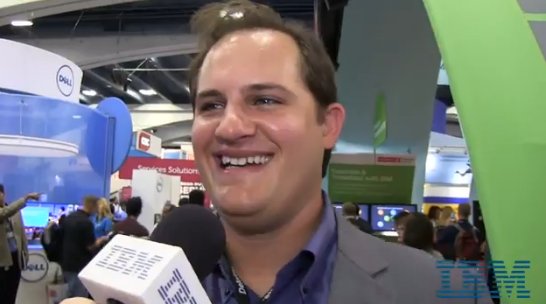 Shoots can be really unpredictable. That’s why it’s always good to have a few backup questions if your first one isn’t working. If I discover after 20 minutes of interviewing that I’m not getting the answers I want, I’ll resort to one of my backup questions.

Alternatively, if the lack of responses is funny in itself, be ready to adapt the video in that manner. For example, at the Enterprise 2.0 conference I asked attendees, “What do you know about your coworkers that you wish you didn’t know?” I got a handful of responses, but most people simply refused to answer the question. Watch the video and you’ll see after about 30 seconds the video becomes a frustrating exercise of me desperately trying to get people to answer the question. 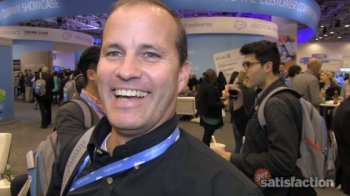 You’ve heard that the secret to comedy is timing. Well, if you want to make a funny “man on the street” video, you’ll have to have good timing as well. And that timing can be created in both the interviewer’s ability to respond to interviewees, and also how you edit the video. Here are some timing tips: 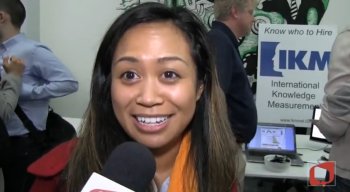 If you’ve set up the premise correctly, you’ll get some crazy to completely outlandish responses. That’s exactly what you want. Use the low to high of those responses to build your rhythm. Step them up in a tiered way from mundane, to funny, to outlandish. Or, you can go in reverse and shock the viewer with some of the most outlandish responses and then as the video moves through you can make some sense of what’s happening. For example, in the video “How do you explain virtualization to your mom?” I purposely included the worst answers upfront, that provided a very poor explanation of virtualization. As the video goes on, some of the responses were good simple explanations of virtualization. Had I done it the other way, explain it clearly first and then show fumbling responses, it wouldn’t have been funny.

13: Put opposite responses back to back 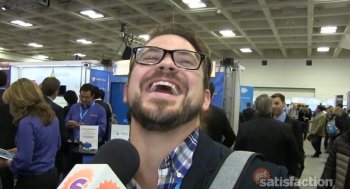 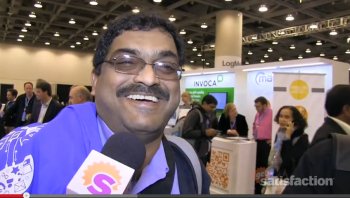 The premise of our style of “man on the street” videos is we ask a question once and then get a bunch of responses. That’s an ideal format, but as you’re editing you’ll notice that the viewer will begin to lose sight of the original question. When you feel you’re running into one of those moments, it’s time for a “reset” or just have the interviewer ask the question again. It’s a way to restart the rhythm if the original concept is getting a little lost in the responses. 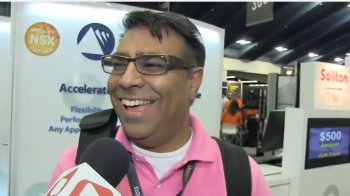 If you have a few people talking about the same thing, then that can read that as a trend or what “the average man” is thinking. You can then juxtapose those responses or segue that concept to the next thought. Grouping responses together makes them more memorable and it allows you to call back to them later in the piece.

16: Let the people being interviewed have the punchline 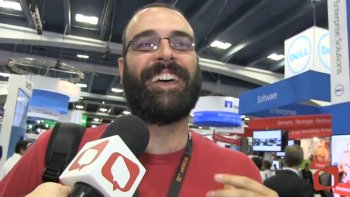 While we try to be funny when we conduct “man on the street” interviews, our goal is always to make the interviewee look good. And often I’ll reassure my subject that my goal is to make them look good, and not make them look like a fool. If possible, we want them to have the laugh. That’s not always the case with “man on the street” videos you see on late night talk shows where they’re purposefully making fun of the subjects. But in that case the subjects and the audience appreciate being made fun of. With a corporate “man on the street” video, that’s very dangerous ground. Be careful going in that direction.

17: Let the video prove a point about what we really know

The Jimmy Kimmel Show did a “man on the street” video, where they asked people if they approved of the Affordable Care Act or Obamacare? The show wanted to prove a point, through humor, that most people don’t realize those two terms are exactly the same. Everyone in the video says they’re for the Affordable Care Act, but against Obamacare. It’s very possible a few people knew the two terms referenced the same thing, but to keep them in wouldn’t have proven a point nor would it have been funny.

Note, this is not like Jay Leno’s “Jaywalking” routine where he just picks a variety of random simple questions, most people should know, yet he can always find one person who doesn’t. I find this technique rather mean spirited, and it’s in complete contrast to Leno’s character which was supposed to be this really fun-loving guy.

18: Above all, be professional

The more official you look, the more you can get away with. Have a camera crew, a professionally produced microphone flag, a clipboard, a suit, a mocked up press badge. Heck, do anything to make it look like you’re a professional crew asking a very serious question for which you want the subject’s serious answer.

19: Let the interviewer be a non-participant

In The Jimmy Kimmel Show example, the interviewer is actually not Kimmel, nor someone acting to be a comedian. The interviewer is more of a non-participant playing his part of a straight news man just trying to get the opinions of the average man on the street. When you know the responses will be so off base and outlandish, that kind of dichotomy plays really well.

20: Let the interviewer be a character

If you have a very strong comedic character, such as Triumph the Insult Comic Dog, his answers become the entire piece, and the video is completely driven by his responses to the individuals. Alternatively, when Letterman used to send Biff Henderson out to do remote pieces, he was such a non-comedian, that his inability to have a quick response or rather a stilted response made him the goof in the video and everyone else could shine.

21: Focus on the subject 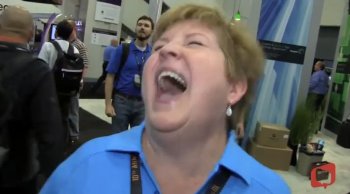 The only way you’ll get good at doing “man on the street” interviews is if you do them a lot, and get comfortable walking up to complete strangers with a microphone. Expect to get a lot of rejection, especially when you start. Your shoots will take much longer at the beginning, but as you get better they’ll take less time and you’ll get better at soliciting the responses you want.

Special thanks to Diana Brodie, our fantastic video editor, for offering up some great insight for this piece.

Don’t be shy. Please ping our team if you would like us to make a funny “man on the street” video for your organization or event.